Common Decency, Inc. exists in its present form for one and only one purpose. Our mandate is to bring relief to the estimated 1,000,000+* innocent victims of RipOffReport.com, and its owner Ed Magedson, by providing resources to help individuals as well as groups as a whole.

{* There are many more than 1.7Million reports, but it is assumed that 70-90% of the complaints are false

Google’s Penalties Against RipOffReport.com Still In Force After 18-Months

Around November 8th, 2018, there was a massive drop in ranking for RipoffReport and other similar complaint websites. We started noticing when monitoring results for our Online Reputation clients. We saw a significant drop in all client cases with RipOffReports. In some cases, the articles disappeared altogether and for other client cases, RipOffReport dropped off to page 2 or further in Google. There has been no official word from Google about changes, but the traffic drops for these sites are undeniable.

Upon further research, we noticed these changes in ranking and traffic affected not only RipOffReport but also other sites like ComplaintsBoard, PissedConsumer, ConsumerAffairs, and more. These websites are known for refusing any removals requests. Some of them even won’t respect court-ordered removals on their site. When they do honor the court order, they take months to remove the content. And after doing so, the same report may appear again on a new URL, which the court order doesn’t apply to.

This change that is currently still in effect is relieving much stress and pain for many business owners and consumers worldwide. It is possible that the site’s reputations, due to all the complaints, and actions to ignore court orders, have caused Google to make changes in their algorithm, causing them to drop in Google search results.

What this means for people with a RipOffReport

To this date, these changes are still in effect, and a RipOffReport will rarely show on the first page of Google. However, don’t assume these sites are gone from the first page forever. RipOffReport relies on traffic for their ad revenue, so they are likely to make changes to boost their rankings. Take this time to take control of your search results by actively posting content to build a reputation buffer.

Our boycott against RipOffReport has been so effective Ed Magedson directed his attorney’s to sue us, and they lost! The boycott lives on. His attorney testified that the boycott has reduced their income by as much as $30,000.00 per month. (Watch video court testimony here: Ripoffreport Court Hearing on YouTube 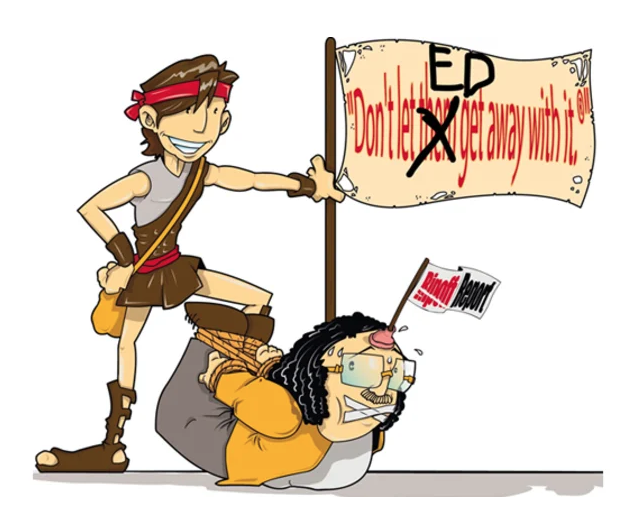 Yes it does, but is the cost of this benefit too high

It should be said that there is presumably tens of thousands of genuine scammers who are exposed through the RipOffReport.com website. However, the adage  “you can’t make an omelette without breaking eggs” does not hold water when the cook is Ed Magedson.
Ed Magedson has lost all claims to social heroism because he chooses a “we do not remove complaints” policy, even when unimpeachable evidence is available to vindicate the falsely accused victims of his website. Free speech is not free! It always costs someone. If it costs the bad guys then it is great but if it hurts the innocent then it is bad for people. Yes, bad things do happen to good people.

If you are attacked online by an antagonist, who posts false and defaming comments about you on RipOffReport or anywhere else, cyber investigators can help you identify the person so you can take him or her to court.

Many people suffer because of RipOffReport but don’t have the budget available to pay professionals to suppress the defaming article. This is why Defamation911.org offers free tips and advice on suppressing negative search results yourself.

One of this boycott’s cofounders created the Page1.me tool to help fund the Ripoff Revolt. His team suppresses and sometimes even remove RipOffReports from Google.

People behind this fight for justice: Michael is a thought leader in the areas of internet anonymity, abuse of electronic free speech and methods to protect victims of cyber bullies and defamation.

Believed to be the world’s first professional “Internet Bounty Hunter”, Michael Roberts had better reason than most to dedicate his professional life to catching cyber predators – he is also a victim! Janice Duffy. PhD, has been unable to work since August 2010, she lodged defamation action against Google in the South Australian District Court because the search engine has refused to remove links to Ripoffreport.com.

Dr. Duffy is the brainchild behind the most successful boycott against RipOffReport.com to date. We Need You To Help Fight

You can help by simply spreading the word, or helping with research.